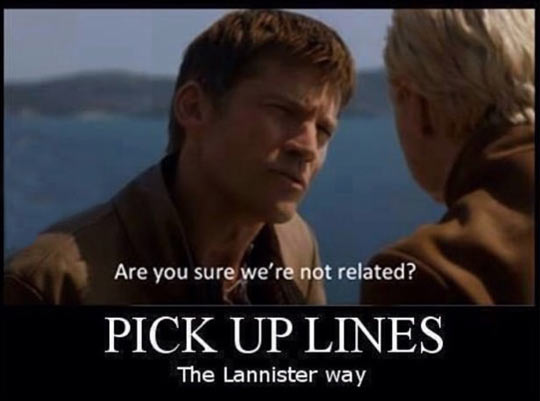 In the first year or so of this game, I won a fair share of tournaments. Nothing major, GNK’s, Store Championships, 20-30 player affairs. This is not bragging. I did not win these tournaments, per se; my deck did.

You see, back then times were simpler. Lanni Kraken, Lanni Dragon, Lanni Crossing, then later Lanni Rains, it didn’t really matter. You just slammed down Tyrion and Tywin and danced your way to the cut in a flurry of kill spells and cancels.

In a drought of inspiration I took a Lannister Rains deck to Stahleck last month. Whilst I may not have had the most successful day out (at a middling 4-4), I have taken the time to review some of the other high placing red decks from both Stahleck and Worlds. The success of these decks and players proves that Lannister is still a good, playable faction. However in each case a common thread was clear – the cards below did not feature prominently. Indeed you would not likely find a successful deck list from those tournaments that included more than a single card from this cycle.

I’m sure I have enticed you to read about all of them. Let’s begin.

The word on the street is that economy is pretty useful in this game, and here we have one of the finest economy locations in the game. It, of course, has its drawbacks, as a lot of the time that gold could be put to better use in the marshalling phase and the comparison to Redwyne Straits is far from even. But a near-guaranteed 2 for 2 cannot be sniffed at in any case. Perhaps not the right call for a big-guy smash Rains deck, but then their playability is waning further in this Valar D environment. As Lannister decks move more towards jumper varieties, I cannot see a reason for this to not be 3x in any winning red deck right now.

Did someone mention Lannister jumper decks? Whilst the Clansmen deck shape as a whole has a few weak points due to its singular focus on clearing the board, I would still expect to see it returning to tournaments over the next few weeks. And if there’s a card that you can guarantee you will see as a 1x in those decks, it’s the ultimate beatstick, Ulf. Jump him in and he’s instantly 8 STR and ready to activate Rains or push through a Put to the Sword. Ambush a Burned Men afterwards and trigger your Moon Brothers from hand and before you know it he’s stronger than you need him to be. Top tip – trigger him in marshalling to annoy your opponent. Every time.

Originally written off as a jank card for a Lannister / Tyrell knights deck, Nimer has proven that Ozzy can earn a spot in any deck that can leverage the additional speed. Whilst he is not strict economy advantage, Osmund can certainly provide a tempo advantage with the obvious ceiling of being able to drop in both a Jaime and a Gregor in the same turn. In any deck that is already playing Hear me Roar and INBAMF to cheat out Jaimes, there is no reason not to include a cheeky 1x in a jumpy rush deck.

A solid body for the cost, but as we all know 3-drops are always hard to include unless they are essential to your gameplan. This relegates Polliver to Greyjoy / Kraken pillage decks, where there is no reason not to include at least one copy. The ability itself is unlikely to have much of any impact, but the pillage, STR and icons do enough work themselves.

Genna is towards the top of this list for the first part of her reaction rather than the enhanced Frey reaction. The additional discard can really stack up when you are playing Queen Cersei for extra power grab, perhaps in combination with Rains into Wardens of the West or Spiders Web for a full hand strip. This makes Genna especially useful in the combo matchup where you want to attack their hand as much as possible in the first couple of turns. The unfavourable comparison is of course to Tyrion, at the exact same statline. But then, which card in the game doesn’t have an unfavourable comparison to Tyrion?

Better as a Banner Lion card than a Lannister card, as there aren’t enough good targets in faction. Still, this can work well as a 1x in a Stark Lion or Tyrell Lion to dish out icons to your Fast Eddy and Randyll. Or for some super jank, why not use the Solar to give an intrigue icon to the new Brienne. If only there was a way to get her to 15 STR easily, then you could do all three challenges with her!

7. A Task For Every Tool

This card will only get better with time, assuming Lannister is going to see some more impactful 2-drops. The obvious value is getting a Janos Slynt to the table, but that’s a card you probably aren’t playing anyway. So instead this is a great way to surprise in a Taena, Shae, or, uh, Alayaya? Crossroads Sellsword? Avoid the limited on Lannisport Moneylender? No? Ok.

The obvious upside over the other jump events is that this character won’t be disappearing at the end of the phase, but that strength restriction feels just a little low to be able to get anything really good to the table. Keep it in mind with future releases, though.

I find it hard to be too down on a draw card, as it getting cards in hand is a clear weakness for Lannister. As a draw option this actually isn’t bad – you will probably #want to bestow for 1 or 2; maybe you go up to 3 if you have nothing better to spend your money on. But then we have spent 3 gold on two triggers worth of draw (I’ll admit that drawing 2 each time is fantastic), where the attached character has to kneel, and the opponent has to leave the attachment in play for multiple turns whilst doing so. Now that Confiscation is disappearing from plot decks that could be more of a reality, but this just does not stack up at all against Lannisport, and even that hasn’t found its way into decks. The release of HRD this week should get Lannisport seeing some play at least, but the only home I can really think of for Fever Dreams is in a bestow based deck, and that deck sounds pretty terrible (more on that later).

The card that looks amazing the first time you read it, until you realise you can’t use it as a surprise kill. There is already an abundance of ambush effects in the clansmen deck, and most certainly an abundance of military icons. So why would you include this over the 2-cost version in Burned Men, or the pseudo-free version in Moon Brothers? Well, you wouldn’t, but you may as well run one or two alongside them I suppose. This should be one of the first cards to be pushed out of the deck as soon as better options come along.

This one is somewhat of a sleeper card, and I would put money on it turning up in a very good deck some day. The applications are vast, from simple Burned Men recursion to whittle down your opponent’s board, to a power denial deck that bounces out Vanguard Lancers (whilst wittling down the opponent’s board). If this did not contain the targeting clause it would be a lot more powerful. As it stands though, the card requires both players to have a target available, making the variance in its power too high to see much competitive play. Warning – it will catch you out at some point.

Passable if only for its statline. This is comparable to the Braided Warrior, which will still see some play in Targaryen decks as a cheap, efficient military icon to pair with Drogo.

Here we have the intrigue version, and 3 strength for 2 cost should not be overlooked. As cost curves drop to make way for Valar Dohaeris, I would not completely rule this out of a Lannister Rains deck for the new generation. Just don’t expect the insight to be relevant.

12. Attack From the Mountains

One of the weaker tools from the Clansman set, with just one too many requirements to make it consistent. You probably have ways to cheat the majority of your guys into play anyway, so giving up card advantage to over extend your board isn’t really necessary.
There are so many better options that the diminishing returns of including this over the characters themselves does not seem worth it to me.

…there is only any other knight in the game who will then be exactly like me. Huh?

I have seen this card used effectively, and hilariously, once. The player was using a Targaryen Lion deck. He had Drogo and Gregor on the table, Name Day Tourney Flipped, and turned Gregor into a non-kneeling murder machine to go super smash bros, amassing renown, pseudo renown, kills and fun. Good non-competitive, inconsistent, bad-card-based fun, that is.

The problems with this card are obvious, but in the interests of ending on a bang let’s spell them out. By investing one additional gold in a 2 STR monocon, you may receive an additional two gold in the following turn. This assumes that this piece of crap body of a character has survived a challenge phase without being chosen as claim soak. This also assumes you will be desperate enough for gold in the next turn to give up tempo for a single turn’s return of income. Rather than, you know, just marshalling whatever you are banking the gold for.

“BUT!” I hear you jank-ophiles and Anker-ites screaming from the internets, “what if we play a Lannister bestow deck? We can now take Ashemark, Fever Dreams, Kayce Merchants and Begging Brothers. This means we can use Unbridled Generosity to pre-load the Kayce Merchant in the draw phase, foregoing the brunt of the tempo loss.

“Whilst we’re at it, why not banner to Stag? We liked your idea of a Vanguard Lancer that we can return to hand with Ashemark and Tywin’s Stratagem. Not forgetting the additional bestow support from Stannis’s Cavalry and Axell Florent, plus more power denial from the Table and Chair.

“We can make Lannister control a real thing! It could be a roaring success!”

And to those people, I say… 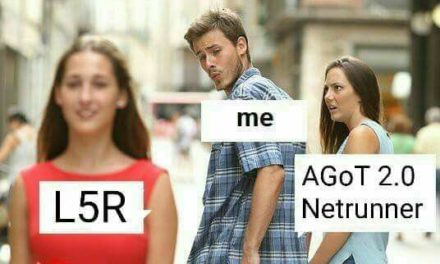 How to Play Crab (According to Joe From Cincinnati) Part I 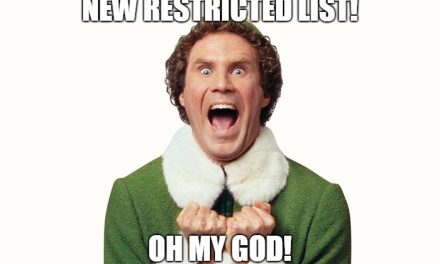 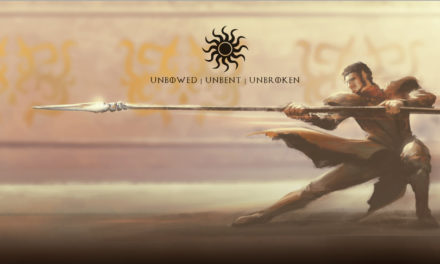 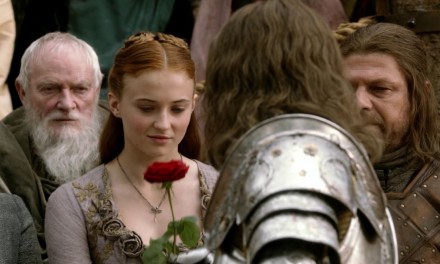