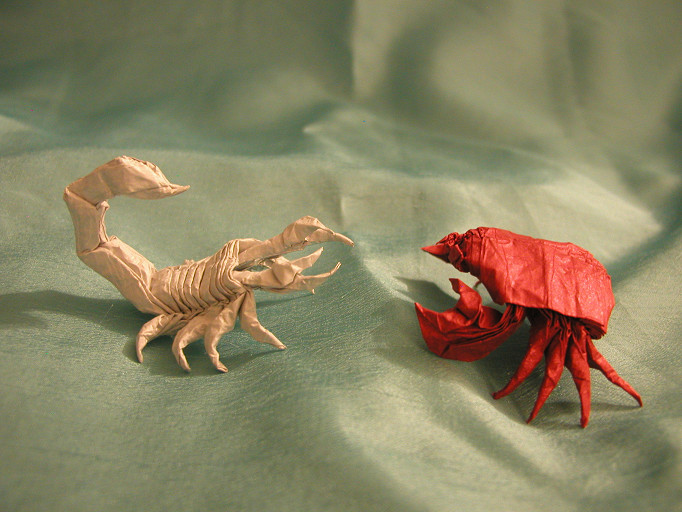 Word up Crab gang, it’s your boy action_johnny here. Welcome to first of what I hope to be a continuous series of articles detailing tactics, strategies and musings over each of our match ups with the other great clans. My hope is for each article to be a two-parter, with one half written by myself detailing the Crab perspective, and the other half written by a personality affiliated with the opposing clan, written from their perspective on how to handle Crab.

As Scorpion is currently the boogeyman of the current meta, it makes sense that the first article in this series should examine Crab’s strategy against that most lamented of match ups.

Looking at the results we have from the past two previous Koteis, you would be forgiven for expressing doubts on just how winnable this match up is for Crab. In both PAX south and the Cork Kotei, Crab appears to have underperformed considerably after its earlier-in-the-cycle Kotei wins. I think the reasons for this are fairly clear – PAX south heralded the rise of a truly unpleasant archetype of Scorpion deck (Chris Pottorf’s now infamous No Funny Stuff build), catching Crab players off guard in both tournaments and making a mockery of the Crab staple deck, Crab Unicorn.

So what exactly is the issue with Crab’s supposed tier 1 deck against this insidious foe? Let’s examine some potential red flags as to why Crab might be underperforming:

These factors, combined with Scorpion’s inherent ability to keep themselves from being dishonoured out of the game via their stronghold, make for a bleak picture in terms of Crab Unicorn’s ability to win out in this matchup.

Building to Win – Which Splash?

Crab have several decent splash options when it comes to dealing with Scorpion, however some of them are more effective in the current meta than others. If not Unicorn, then what’s the best to go with? Below is a quick list of potential splashes and what they each offer:

While there is no doubt that Scorpion is the dominant meta force at the minute, they are by no means unbeatable. Scorpion are first and foremost a control faction and, like any control faction, they are reliant on a continuous influx of powerful cards to see them through. I would describe this as the ‘gas’ factor. As long as Scorpion can continue to pump the gas, they are going to be the dominant force in the match up. It seems natural, then, that the key to beating Scorpion is to deprive them of cards, either via honour pressure, natural attrition, or both.

While honour and card management is one half of the matchup, the other is board and fate management. Crab win games by weathering the early game and building up a board that wins out in the late game. This can be difficult to manage vs Scorpion with their plethora of removal options, but it is no less essential.

So, in summary, producing a victory against Scorpion can be determined via 4 factors:

The Race to the Bottom

The first two points on that list correlate directly. To draw and play their cards, Scorpions need honour. Over the course of the game, Scorpions will naturally ‘bleed’ honour from their total. Certain card effects, like Adept of the Shadows, Calling in Favours, and Forged Edict require them to spend their honour or dishonour friendly characters to get them to work. As they lose honour, they’ll use their stronghold to drag your honour total down whilst simultaneously topping up theirs. After factoring in the bid dial as well, every game against Scorpion generally sees both players steadily losing honour as a natural part of the match up. In this sense, the game becomes centered around who drops to dangerous honour levels first, and the options available to each player once they hit the ‘danger zone’.

As Crab players, our ability to manage this ‘Race to the Bottom’ defines whether we win or lose the game.

Our path to victory is through our opponent’s steady expenditure of cards and honour. I know what you’re thinking – easier said than done. Well, yes… but also no. One thing that Scorpion does very well is convincing us that we’re always losing the game. Indeed, it’s easy to assume that we’re losing when seemingly every line of play we take has an answer waiting for it; your events getting cancelled, your attachments getting stolen, your smalls getting Assassinated and your bigs getting AFWtD’d, to specify a few.  Everything Scorpion does is designed to make us feel like the match up is hopeless and that there’s nothing we can do. If we believe that, then play errors and tilting begin to occur, and we don’t want that.

In actuality, all the horrible stuff that Scorpion plays out over the course of the game are just part and parcel of what needs to happen so that we can actually win. If a Scorpion is drawing roughly 25-30 cards of their conflict deck per game, then they’ll see (roughly) 2 copies of every problem card you’d hope they wouldn’t. Instead of hoping that they don’t have a certain card in hand, assume that they do and make them play it. You’re not going to be able to win out until they do.

Baiting is an important part of our game plan vs Scorpion, as that’s essentially our strategy for getting them to spend their gas in the manner that best suits us. The Crab’s time to shine generally comes in the latter stages of the game, when the Scorpion’s gas is all used up. However, in order to get the to the end of the game with enough room to maneuver, we need to force our opponent into spending their high impact cards.

The dreaded A Fate Worse than Death. I’ve given this card its own section, as baiting and playing around it correctly can be much more game defining than anything else. When it comes to surviving this card, the correct strategy is a precautionary rather than a reactive one. The key to overcoming A Fate Worse than Death, with as much damage limitation as possible, is never giving your opponent the option of completely removing a character from the board with it in a single round. Also, lower Glory characters are preferred targets to throw under the bus over higher Glory ones, as being Dishonoured is less impacftul.

Example: You have 8 fate going into Dynasty. Your purchase options for the turn are either Crisis Breaker or a Witch Hunter. You have a couple of cheap conflict characters in hand, as well as events that cost fate. Your opponent is first player, and you suspect they have A Fate Worse than Death in hand. You can only really afford a Dynasty purchase of 6 fate total, to preserve fate for your conflict phase purchases.

In this scenario, it may be a better investment to buy the Breaker with 3 fate on him over the Witch Hunter with 2 fate. Why? Because buying the Witch Hunter with 2 fate opens you up to a Void Ring + AFWtD combo, essentially removing the Witch Hunter from play at the end of the round. In that outcome, the 4 fate the Scorpion paid for AFWtD is worth more than the 6 fate you paid for the Witch Hunter. On the other hand, if the Scorpion Player uses the same combo on a 3 fate Crisis Breaker, they lose fate where you lose a conflict. Even though your Crisis Breaker lost 2 of the 3 fate you put on him, your opponent spent one of their best cards and he’ll still be staying in the game for another 2 rounds. Just make sure not to run him into Meditations on the Tao, if you can help it.

This scenario illustrates the difference between an investment that’s potentially risky vs one that will help you win out in the long game. In one example the opponent is forced to spend one of their really nasty cards but ends the round advantaged to us, an in the other example the reverse is true.

Provinces Don’t Matter Until 3 Are Broken

Versus Scorpion, your Provinces are another kind of resource to be spent in your pursuit of victory. In the early game, it is highly likely that you will fall behind your opponent in number of provinces broken. This can be dispiriting, especially when your provinces seem much more fragile than theirs. Again, don’t be fooled. Rare is the game that you will win on breaking provinces. Most games vs Scorpion you will win via Dishonour. That means that, until you’ve had 3 provinces broken, it’s kind of irrelevant how many you lose. What’s important is how dearly you make them pay for each break. If you spend your cards/actions in a way that forces them to spend twice as much to fulfill their goal, you are winning. If you can stop a break and force them to defend a potential one back whilst staying card positive to them, you are winning. Never lose sight of this fact. Even when Scorpion are knocking on the door of your stronghold, if you’ve played the game right then victory is still very much attainable.

There comes a point in every game against Scorpion where the wind changes, and the opportune moment to switch our bidding strategy in pursuit of a dishonour victory arrives. Up until this point, it’s very important to maintain bid parity with the Scorpion. We want as many cards as possible and we certainly don’t want to give them an easy way to use their stronghold. By sticking to this rule, you’ll find that you won’t fall as far behind in the early game as you’ll have more options to play with. At some point however, the time will come where you need to dramatically switch your bidding. Generally speaking, Scorpions will bid 5 until they can no longer afford to do that, so you should as well. The Switch will come when you’re aware of two or more of the following:

Remember the ‘gas’ aspect of Scorpion I mentioned earlier? Well, if you spot any of the signs above, it’s a clear indication that the gas is running out. This is the moment we switch our bid to 1. The objective here is to catch our opponent out and drop them to 2-3 honour. Either one of two things will happen – either you’ll catch them out, or they’ll realise they’re in the danger zone and switch bids with you.

In either outcome, now is your chance to shine. Either you will have forced them into dangerously low honour position where they only have the cards in their hand left to thwart you, or you’ll have a significant card lead on them, allowing you to finally start breaking their provinces. Either way, this is the point of the game to amp up your aggression and really put the pressure on.

Cards for the End

Versus Scorpion, there are cards you’ll want to avoid playing early game, but will swing victory for you in the late game. Here are a few examples:

Remember, when a Scorpion only has 1-2 honour left, every Forged Edict or Calling in Favours is another Dishonoured status token that could potentially lose them the game.

Well, that’s it for part 1 of the first installment of A Game of Two Halves. Part 2 of this installment will see a Scorpion player detailing their clan’s strategies against the might of the Crab.

Conversely, if you’re a known Scorpion personality with a penchant for words who would enjoy writing a counter article to this one, hit me up and we’ll make it happen!

If you’re interested, I have a Youtube Channel where I post deck builds and videos of my games with commentary here. Thanks for reading and we’ll see you next time! 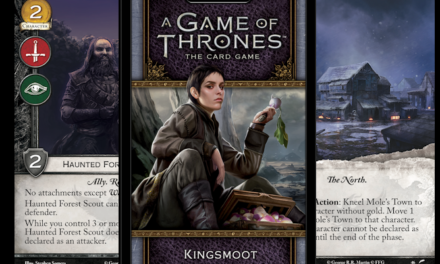 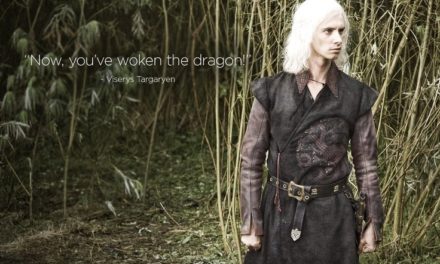 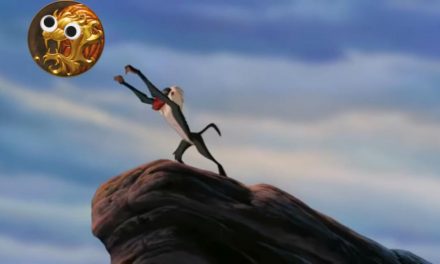 Declawed: A Look at the Competitive State of Lion in 2018 (By Handsome Dan) 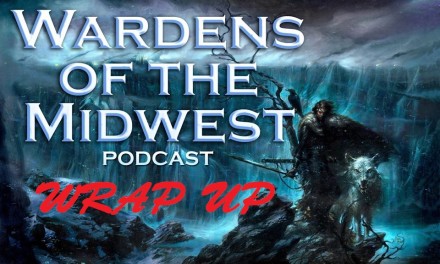