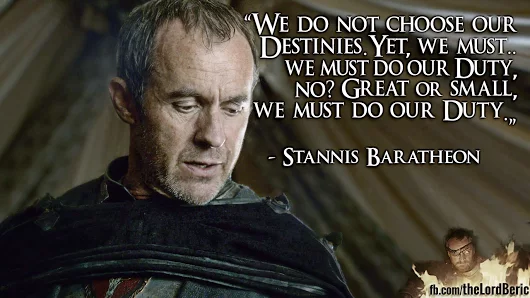 Following its trend in the show (show spoilers ahead), House Baratheon started off very proud and strong by receiving strong cards that fell in line with the design strategy and philosophy of the house.  Now, some of the cards the once proud house is receiving would be better off set on fire like Shireen Baratheon.

All is not lost for the Stags. Main house Baratheon remains an extremely viable option in today’s meta. Additionally, the Melisandre kneel package remains a very solid option for a number of decks.

I will review the cards released in the War of the Five Kings cycle and Lions of Casterly Rock in order from worst to, well, better.

To add some Flair, if you will, to this article, I will mention the 90s wrestler who reminds me of the reviewed card.

The Forced Reaction absolutely ruins this card. A player could add White Raven to any normal Baratheon deck that wants to win power challenges and dominance and it would be a questionable addition, but one that could be justified. However, a weak card with a draw back. No thanks!

Virgil. This card is one of the weakest links of its stable.

Visited by Shadows is a pretty solid card in decks running Unexpected Delay who wish to narrow the choices a player has to choose from. I saw some enterprising player use this card coupled with House Florent Knight to better pick off characters. Outside of those extreme uses, this card shouldn’t see any real play. It was likely made loyal so that it couldn’t be used with Targaryen’s burn strategy, but it definitely seems like it could have been given a little more strength, either by making it R’hllor or making its strength penalty -2.

Dink the Clown. Sad piece to a sad gimmick.

Ruby of R’hllor should find a home in any Baratheon player’s deck who is a fan of the “Guess A Card” magic trick. Outside of those folks, this card won’t see much use. It has a high cost and is hard to trigger in most typical Baratheon decks. Even if you can trigger the reaction, there’s no guarantee you will gain any benefit outside of seeing your opponent’s hand. While that’s nothing to scoff at, this ability and the condition needed to trigger isn’t a valuable proposition for the player who paid 3 to marshal this item. In addition, the only truly viable target right now is Melisandre and, even then, winning intrigue challenges can be difficult for Baratheon.

On the bright side, it’s a R’hllor card, so it’s not complete rubbish.

Mark Mero. Absolutely nothing without his accompanying lady.

Red God’s Blessing is a card that won’t make the cut in most Baratheon decks. If you already have a number of R’hllor characters on the board, then this card is probably a “win-more” card. If you are behind in a game and don’t have many R’hllor characters in play, it’s not very good. Positive attachments are already hard to fit into decks in the current meta, so a 2 gold positive attachment will only be useful in very specific decks, especially when it has the required R’hllor synergy that this card has. Again, a card with R’hllor isn’t complete garbage.

Buff Bagwell. Not terrible, but needs a lot of support from better wrestlers to do well.

Disputed Claim has found a home in some rush decks. Its ability to add renown to a character shouldn’t be understated. Unfortunately, the card is only good when you’re ahead on power. It works well with Chamber of the Painted Table because of this, but it also makes the card not useful if you are losing by even 1 power. For that reason, I’m not too high on this card.

Dean Malenko. Absolutely unstoppable when dominating a match. Unfortunately, couldn’t come from behind to win a match.

Ritual of R’hllor is probably an insane card and I underestimate its value, but to really make it pop, you need (1) to win dominance; (2) standing R’hllor dudes; and (3) gold to pay for the event. We shouldn’t sleep on cards that can add a bunch of power quickly. However, I just don’t see a Baratheon deck that can rely on this card consistently. The fact that it can be cancelled with The Hand’s Judgment for 0 gold also makes it unreliable and could potentially waste a lot of gold, setting you behind. As more R’hllor characters and stand abilities come out, there may be application for this card in the future.

Ken Shamrock. Looks much better and stronger than he actually is.

This new version of Ser Davos is perfectly fine. Unfortunately, there is a much better, more economical version of himself already in existence. Especially in a Valar Morghulis meta, the core set version’s ability to return to hand rather than the dead pile is even more valuable than before. I can respect this card because it provides a new angle on an already existing persona and card draw and gold can never be underestimated. Unfortunately,  Core Set Ser Davos makes more sense for more decks at this time.

The Stone Drum provided a nice, non-limited economic boost for Baratheon decks. With the decrease in frequency of Naval Superiority, a Baratheon deck taking advantage of Kingdom plots would benefit nicely by including this card. It can also trigger when your opponent plays Kingdom plots, so you could potentially get this extra gold on every turn you have the Stone Drum out. However, you don’t really want to see 2 copies in a game though, so it will likely only be 1x or maybe 2x in any given deck.

Million Dollar Man Ted DiBiase. Has the ability to provide some extra funds.

The Valyrian is a deceptively good card. Late game, you can pump a character up by a considerable amount. Any card that adds more variables during challenges provides more opportunities for your opponent to make a fatal error. Its synergy with Salladhor Saan is not only thematic but also strong for that reason. The ambush makes it a good mid challenges surprise as well, even if its ambush is more expensive than its marshalling cost.

Big Boss Man. Late in a match, he always seemed to have a nightstick that would turn the tide.

Salladhor Saan’s real value shines in Greyjoy or Banner of the Kraken decks. Getting boats and weapons for free really provides some pop to the deck and can lead to some pretty absurd results. Salladhor’s value will only increase  as more locations and weapons are released.

Dudley Boys. They were always bringing the tables, ladders, and chairs.

Maester Pylos is not a flashy card, but his stealth is extremely valuable. He can of course make winning power challenges much easier, but he can sometimes serve as a meaningful blocker against a stealth-aided power challenge initiated by an opponent, and can sometimes win if The Red Keep is on table.

Simple card that should appear in many Baratheon decks for years to come.

Rey Mysterio. Rey was a sneaky guy who could get past a lot of adversaries much bigger than him.

Edric Storm is a great, inexpensive, and efficient card. He really assists Baratheon decks in winning dominance to trigger Chamber of Painted Table, Gendry, King Stannis, and White Raven. His simple ability adds to the synergy of most Baratheon decks.

Chris Benoit. He could neutralize almost any opponent.

King Stannis Baratheon makes his appearance is the War of the Five Kings block. This card highlights the high level design that has made A Game of Thrones LCG one of the more enjoyable card games I have ever played. The fact that you can have multiple versions of the same persona in the same affiliation yet not have one completely overpower the other is a benefit many players take for granted. While I prefer Core Set Stannis in most situations, King Stannis serves in a deck type that wants to gain power in a more traditional way while having a more precise form of board control.

Booker T, of course. A king’s king. With Stannis, the dominance phase might as well be called the Spinaroonie phase.

X-Pac. An important piece to a great team.

Overall, this cycle did not provide a lot of flashy cards for House Baratheon. That’s not necessarily a problem, but we are now two deluxe expansions and two cycles into the game and Baratheon’s best cards still come from the core set. I’m looking forward to what the future holds for the Baratheons.

Baratheon cards will continue to impact the meta so long as Melisandre and Chamber of the Painted Table are around. Winning power challenges and dominance is a great path to victory, and that’s where Baratheon excels. War of the Five Kings didn’t directly make Baratheon better, however, Baratheon players still have a strong inventory of cards to choose from. Whether they want to play Baratheon as their main house or if they want to couple Banner of the Stag with another house, Baratheon players have several strong options still at their disposal.

Join us on March 7th for the final review, featuring Chris Thompson, in which we get to hear about the faction that got, by far, the most cards in this time frame, Lannister. I’m looking forward to seeing how he manages to fit all those cards into one review. I hope you all are as well! 😀

What’s On the Horizon for the Crab Clan: A Post RL Analysis

Children of the Empire Crab Review 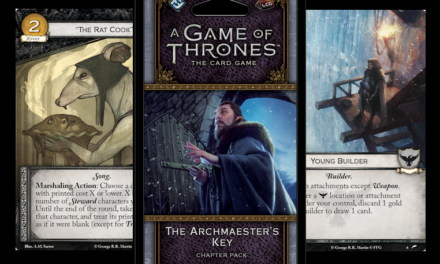 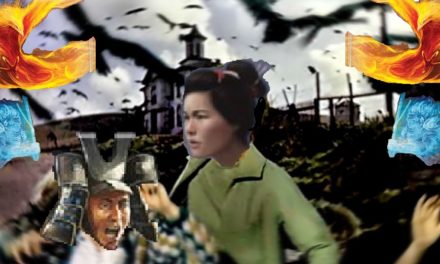 Attack of the Killer Birbs: A 2019 Gencon Report