Why Did Scorpion And Crab Win Every Kotei: A Wrap on the Pre-Restricted List Meta

Hello everybody, Joe from Cincinnati here. There were 2 more Kotei this past weekend and now, as of May 29th, the Restricted List (which I discuss here) is official. So that Pre-Restricted List Meta that the entirety of the Kotei season so far has resided in is now a thing of the past. However, before we leave that dreaded meta in the rear view mirror, let’s quickly take a look at the results of those Kotei.

There were (I believe) a total of 9 Kotei since Worlds. The first few were played while the Imperial Cycle was still being released, but the last 6 or so have been in the full Imperial Cycle meta (this 6 in 6 is so convenient when it’s actually going on. A full cycle meta is always better than a half cycle meta, in my opinion). Of those 9 Kotei, 5 have been won by Scorpion and 4 have been won by Crab. That includes the two over the weekend, where Crab took down San Francisco and Atlanta was taken by Scorpion.

So that makes Scorpion the victors of PAX South, Warpcon (Cork), Paris, Warsaw and Atlanta and Crab the victors of Pax Unplugged, Madrid, Düsseldorf and San Francisco. If I missed a Kotei, please let me know.

If you consider this as an outsider looking in, it would not be an unreasonable assumption to make that there is a severe imbalance in terms of clan strength. But that’s where things get interesting because, for the most part, the majority of the player base (through informal personal discussion, not surveys) believes that 5 (or possibly 6) clans are within a few percentage points of each other on a game to game basis. Crab and Scorpion do not have severe advantages vs Dragon, Phoenix or Crane, according to most. In fact, there are even some people who would argue that Dragon and Phoenix, in a Pre-Restricted List meta at least, were strictly better than Crab, with Crane not too far behind.

But that can’t be right, can it? If that were true, surely one of these clans would have snuck a Kotei win in somewhere. So what happened? Well, I’ll give you my theory on it.

The key to discovering why a trend is taking place is to determine what each occurrence has in common. In that regard, the main thing Crab and Scorpion have in common is the fact that they are the two clans best equipped for ‘Dual Pressure’. By that I mean they can simultaneously pursue two win conditions without negatively impacting either one significantly: Breaking the Stronghold and Dishonoring their opponents. I discuss Crab’s ability to dual pressure in more depth in my How to Play Crab articles here (Granted, the information is a little outdated, as it was written before the first cycle and restricted list.)

With cards such as Watch Commander (along with multiple ways of getting a single character in to several conflicts for several rounds in a row) and Intimidating Hida for Crab and A Fate Worse Than Death, Blackmail Artist, City of the Open Hand, Soshi Illusionist, Yogo Hiroue and Way of the Scorpion for Scorpion, both of these clans are capable of switching to a dishonor focused game plan if their primary strategy of breaking provinces is not going according to plan (or vice versa). Likewise, with characters like Hida Kisada, Intimidating Hida, Hiruma Skirmisher, Kaiu Shuichi, and Steadfast Witch Hunter for Crab and Bayushi Kachiko, Bayushi Liar, Bayushi Shoju and Soshi Illusionist for Scorpion all offering either higher than average stats for their cost slot or additional printed text/Covert to help force through conflict breaks (or, in Scorpion’s case, both), both of these clans can legitimately threaten to break provinces from the start of the game as well, especially against clans that specialize in the other type of conflict (Crab can break military vs Crane and Scorpion, assuming their conflicts go through, and Scorpion can break political vs Lion, Unicorn and Crab, assuming their conflicts go through).

No other clan is better suited than these two to switch between strategies mid game. There are some clans, such as Crane, who will occasionally dishonor opponents if their opponent gets too aggressive with their bids, but Crane, generally, has very few cards in their deck that facilitate this switch as well as Crab and Scorpion.

So the question becomes, why is being able to pressure two win conditions so important to winning tournaments? Shouldn’t be extraordinarily efficient at one win condition (such as Dragon, with their balanced stats in military and political and enormous characters that can attack multiple times per round) be good enough?

Well, the first thing to remember is that, in order to win a Kotei, you need to win the vast majority of the games you play. In a typical Kotei, you play 7 rounds between the Samurai and Magistrate Stages. And then, assuming a top 16, you have to win 4 more games to win the Kotei, or 3 if get a bye in the top 16.

If you go 5-2 in the first two rounds, the best you can do is be a challenger (since you need 53 points to qualify for the Daimyo stage outright, and 5 full wins and 2 full losses is only 52 points). If you only made 5-2, then your road to winning the Kotei includes a top 16 match, a top 8 match, a top 4 match and the finals match, all of which you must win (as there is no loser’s bracket in the Kotei format).

That means you’re looking at having to win, at least, 9 of 11 games if you’re a challenger or 9 of 10 games if you made the cut via points.

Like all card games, there will be times that you just get insanely lucky and “high roll” (have amazing draws and get all the right cards, gain early tempo and ride that early tempo to a win etc). But you can’t really expect to come into a tournament and high roll every single game you play. The more realistic scenario is that the people who progress the furthest have their fair share of games where they high rolled, and their fair share of games where their opponent high rolled. What defines a winning player is his or her ability to fight through those opponent’s high rolls and still find a way to victory. It is extremely unlikely that you can go 10 to 11 straight games (all in the same day, mind you) without ever losing tempo to your opponent or making a play mistake that puts you at a severe disadvantage (tournament fatigue is a real factor here. Common advice includes staying hydrated and eating nutritious foods like fish, whole grains and nuts before and during the tournament [don’t eat fish during the tournament, you weirdo.]). It’s practically a requirement for winning a Kotei that you must win at least a few games where you fell behind at some point in the game.

And therein lies the secret to Scorpion’s and Crab’s success. In an environment where you have almost no room for error (Going X-3 almost automatically disqualifies you from contention, unless you’re playing Unicorn, in which case you were never in contention to begin with), you and/or your deck must be built or conditioned to “weather the storm.” And, in a game where the two main win conditions (I am not counting Honor at this point, as I’ve never seen a consistent Honor deck to this day) are completely unrelated (you can be down 3 provinces to 0, but still win because of dishonor), that alternate win condition is crucial to adapting to your opponent’s strategy.  When playing Crab or Scorpion, if your opponent is drawing more cards than you and allowing unopposed conflicts and Air/Fire conflicts in order to break one of your provinces each round, you are still in the game via Dishonor. If your opponent is playing defensively and not overextending themselves due to that fear of Dishonor, you can slowly but surely (Or, in Scorpion’s case, swiftly and surely) force through province breaks to end the game that way. And, most importantly, if your attempts to break provinces are being foiled at every turn (Assassination, Mirumoto’s Fury, For Shame, AFWTD etc), but they are playing these cards while you have a Watch Commander or the like in the conflict, you are slowly eating away at their honor, leading to your other win condition.

The success of these clans has not gone unnoticed (at least Scorpion’s hasn’t) by FFG. Hence the Restricted List. But I do wonder if, in the long run, it will change the results of Kotei in the future. The restricted list, after all, did not significantly decrease the efficiency of these two clans’ dual pressure strategies. Crab basically lost Charge and Policy Debate, two cards that nearly every other clan lost as well, and Scorpion lost those two cards as well and may have to switch splashes now with Fury being restricted. But the core cards for the dual pressure are all still there. It’s definitely something to think about. I have high hopes for the future of Crab in this new meta and, while I’m not sure about Scorpion, I imagine they will adapt to the restricted list just fine as well. With the Birmingham Kotei coming up this weekend, I am not so confident that I would predict another Crab or Scorpion win, but I am fairly confident that they will show up and continue to play well. It’ll be super interesting to see if the Restricted List will cause a break in this stretch of wins or not. I’m ready. You ready?

That’s all I got for you guys for now. I hope you enjoyed reading. Do you agree with my theory on the success of these two clans thus far? Do you have a different theory? I’d be happy to discuss on Facebook, Discord, Reddit or wherever you may find me! Until next time! 😀

What is the Difference Between Card Draw and Card Advantage? 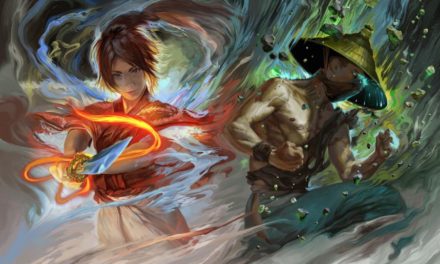 Mastering the Void – A Phoenix Review of Disciples of the Void

To Build or Not to Build? 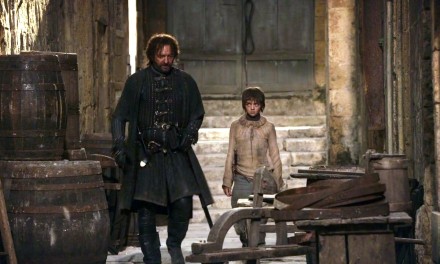