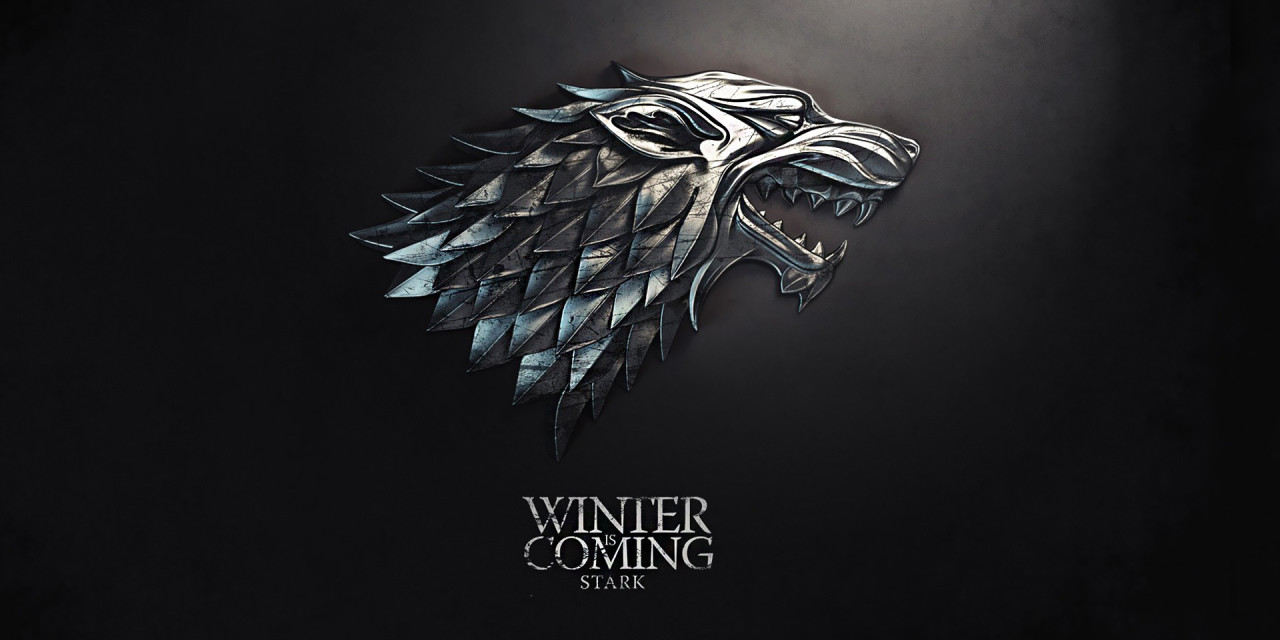 At the Regionals in Indianapolis last Saturday, April 2nd, a young man by the name of Jonathan Herr from our local game store here in Cincinnati, Arkham House Games, placed in the top 4 playing Stark Fealty.

This is his story.

First an introduction: My name is Jonathan Herr. I’m new to Thrones 2.0, but I’ve been playing competitive card games for a while. Most recently, I’ve been playing the Star Wars LCG to some great success (2 time consecutive GenCon champion), but I always wanted to play Thrones. I’ve been a huge fan of the source material since before the HBO show, and wanted to get in to 1.0, but the size of the card pool and clunkiness of rules/errata prevented me from taking the plunge. Once they rebooted, I ran out of excuses and have been playing ever since.

I had a bit of a learning curve early on, having middling success at my first few store championships, but I was able to win one in early March to secure my first round bye and give my confidence a bit of a boost going in to Regionals.

The Deck: I had been most comfortable with Stark recently, but was very worried about First Snow. I decided I wanted to run a deck that could deal with/make use of First Snow, so I tweaked my deck as best I could to deal with the plot as well as a lot of Leaping Lions. Arya is great for surviving First Snow as well as being good to March the turn after. Winter is Coming makes the First Snow turn more punishing, and Cat/Eddard are useful characters against Leaping Lion decks. I also like this deck’s strength against Baratheon (with all the stand tech) and Greyjoy (with the movable attachments).

Packs: From Core Set (3) to No Middle Ground

My opponent sets up Asha, chud, and The Seastone Chair. First turn he goes first and adds Theon. At this point, I determine I will be playing very defensively this game, and luckily, I have Arya in hand. I play Arya and proceed to fill out my board slowly. I don’t allow my opponent to get any unopposed challenges the whole game with a combination of Arya, going first, and attachments neutering Raiding Longship. The whole time, I collect power in drips from Sansa, dominance, and the occasional power challenge. There was a key turn where he played Wildfire Assault and I played Marched to the Wall. I had to kill one and discard the other of Arya and Sansa. I made the correct call marching Arya as I then drew in to another copy of her and was able to marshal Arya, Summer to get Sansa back, and Sansa refilling my board very well. Eventually, I find Eddard and use his renown and defensive capabilities to finish out the game.

This game he gets a very solid start, seeing Tywin and Gregor very early, adding Cersei and Tyrion shortly after. I get a solid setup, finding the Stark children early and stalling until I can get my Eddard, Direwolf attachments, Catelyn, and Kennel Masters online for a solid defense. I catch a few breaks, using Heads on Spikes to find a key Jaime, and Luke whiffing on an INBAMF. The final turn, he flips The Winds of Winter to try to finish out the game. I flip Wardens of the North, going second. The board state is such that he can’t effectively attack into my board. He passes challenges, and I’m able to gain the final power needed through renown, power challenge, and standing Sansa with Lady. It was key that I was able to win this turn as my last 2 plots were First Snow (which would have been very bad for me) and Confiscation with Lady as my only target.

Brad gets Jaime early and is able to consistently make all 3 challenges to benefit from his agenda. He plays Put to the Sword turn one on my Robb and I’m unable to recover. With Jaime’s consistent military pressure, I’m unable to stabilize characters on the board and he accrues power at a dizzying pace between renown, unopposed intrigue challenges, and Crossing power.

There’s a substantial fiasco with the pairings and have to be repaired about 4 times. At one point, I’m paired against my good friend, but am happy when we have to play musical chairs again. However, once the pairings are “correct” I find out I’m paired down, playing someone at 2-2. I confirm with the TO, just in case it’s wrong again, but he assures me everything is correct, I just got the random pair down. As for the match, my opponent has a problematic setup/turn 1 with lots of 2-3 cost characters. I’m able to get a couple 4+ cost characters and play First Snow of Winter on turn 2. He’s only able to play a Robert and everything else goes back to his hand. I’m then able kill Robert that turn and keep up military pressure, consistently wiping his board and winning fairly quickly.

At this point, I’m ranked 3rd/4th tied with the highest strength of schedule among 4-1’s. I would be ok with a draw as I am guaranteed a spot in the cut, but I assume my opponent would want to play since it would be a dice roll whether he would make it. I’m surprised that he suggests and pushes for an intentional draw, but he’s worried about the matchup and thinks he has a better chance with the draw. I don’t argue.

After results are recorded I find out I came in 7th! My round 6 opponent unfortunately misses the cut at 9th.

I’m very concerned about this matchup as the Swiss match was such a one-sided affair. We both set up 2-3 low cost characters and turn 1 both flip A Noble Cause. I win the coin flip and go second. He plays out Tywin and leaves 1 gold open. I assume he has Treachery in hand for any Kingsroad I might play. I originally was planning on playing Eddard, but notice his Tywin is unduped and I could kill him with Arya/Ice with Bran on the table to cancel the Treachery. I also know from the earlier game that he doesn’t run the BAMF events, so I’m able to execute my plan as concocted (with Bran cancelling his Treachery.) From there, I’m able to keep the advantage most of the game. We both struggle with economy either not drawing much, or missing Tywin’s gold. He slowly builds a board back up, but by then, I’m too far ahead in power.

I’m pretty excited about this matchup as the pairing generally favors Stark with all of its stand tech. He sets up Stannis and chud to my weenies. I play Eddard turn 1 and he plays Melisandre and Consolidation of Power to kneel almost everything. We play a few turns and he gets Gendry out to start the dominance power gain. He also doesn’t attack much in order to prevent my free stand with Eddard. He’s gaining power pretty quickly, but I formulate a plan. I will play out my Eddard, Syrio, and Catelyn to his Stannis (with a Bodyguard), Melisandre, and Gendry. I’ll then use First Snow, play Arya, then have an impactful military claim before Marched to the Wall the following turn (sending Arya away). I do so, but he is able to also play Robert the turn I play First Snow. So the board is: Eddard (with 2 dupes), Syrio, Catelyn, and unduped Arya with a Winter is Coming in hand to his Robert, Stannis (with a bodyguard), Melisandre, and Gendry (with 4ish power on him).

This is where I make one of the worst play mistakes I’ve ever made. I should have given Catelyn military/stealth with Syrio, then attacked military with Catelyn and Syrio stealthing Gendry and Stannis. I then could play Winter is Coming. He would have had to kill 2 characters (can’t use the bodyguard) and I would then March next turn leaving him with 1 character left. Instead, I attack with Syrio/Eddard. He uses In the Name of Your King to cancel the challenge and that’s the game. The next turn he easily gets the 2-3 more power he needs to finish me off.

Bottom Line: Overall, I’m happy with my showing. I’m new to 2.0, coming from a long line of other card games, most recently Star Wars LCG. My goal was to make top 4 to start my Thrones swag collection, but when you come so close to the final and know you’re not in it due to a bonehead play mistake, that stings. Tyler did an amazing job and he’s a really nice guy, so if I couldn’t win it, I’m glad he did!

If I were to make any changes, I’d take out Confiscation in favor of a second Heads on Spikes (no one was running Milk of the Poppy and it was nearly more of a liability than anything). I would also take out the Bodyguard for a 3rd Lady as she normally got Confiscated very quickly. That being said, this will all change very shortly with the new box. For this deck, the new Eddard looks tasty as does the new Sansa and Nymeria will be fun, but with so many new toys, this deck will likely completely transform.

Alright, This is Joe From Cincinnati again. You can tell by the color of the text changing. I was in a green mood today.

I just wanted to thank Jonathan for writing this tournament report and allowing us to post it for him. It was awesome to see some northerners representing at the Regionals filled with Filthy Lannisters and Defiant Greyjoys.

I think we can all relate to making that one simple mistake that completely changed the outcome of a game. Narrowly missing the finals hurts, but I just want to say congratulations to Jonathan. He had a hell of a day and he, along with another meta mate from our store who made the top 8, Rob Barger, made us all in Cincinnati very proud.

And if you had to lose, at least it was to another Ohioan! Jonathan is a very valuable member of our meta and his success has actually started to give us a little legitimacy. So here’s to you, Jonathan. I look forward to seeing how you do in future events! 😀 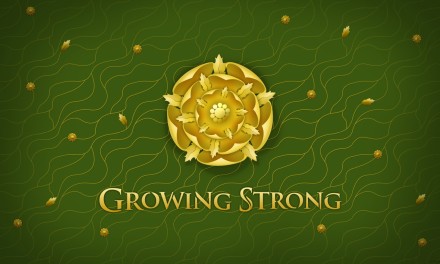 Tyrell Tuesday 1: A Rose for the Lady