Joe From Cincinnati put out a call to the Wardens of the Midwest to gauge our interests in writing reviews for the Westeros cycle. When the call came to write a review for all of the Baratheon cards in the block, I could not volunteer fast enough. As the World’s Best Baratheon Player™, I pride myself in having a keen sense as to how new cards will affect the House Baratheon. Unfortunately for supporters of Robert, Stannis, and Renly, this cycle left a lot to be desired.

I’ll break down the Baratheon cards in each of the sets and provide my top five cards at the end. Enjoy!

Renly isn’t really a Baratheon card as his best use is in a deck that plays more non-Baratheon characters than anything else. Having all three challenge icons is pretty nice, but his 4 strength really held him back. When he was released, Targaryen was the best deck and that rendered Renly to be more unplayable.

There is a silver lining – I believe Renly will be a relevant card in the future. I’ve been mulling a Tyrell/Banner of the Stag deck that tries to take advantage of the great economy Renly provides. With all of the gold you have, you can take advantage of cards like Highgarden. However, this deck would be third tier at best. There will likely be something that comes out in the near future that takes advantage of Small Council cards that come from different houses, and Renly will reduce the costs of those characters.

This card is pretty solid because it goes both ways – both an offensive card and a defensive card. Offensively, you can throw it on Robert to kneel a good chunk of their board. Defensively, you can throw the warhammer on Melisandre and she becomes mostly immune to Crown of Gold. However, I did play against one master player at the regional in Indianapolis who played Blood of the Dragon and subsequently played his Crown of Gold on my Melisandre. That was fairly maddening. However, those are the breaks.

The Road to Winterfell

I was real excited when this card came out. I thought it would serve as a strict upgrade to Bastard in Hiding. Boy, was I wrong! Royal Entourage is a Bastard in Hiding that only works about half the time. Lannister’s emergence as a Tier 1 deck really suppressed this card from getting popular, in addition to not being able to be sacrificed to satisfy Gendry’s blowout drawback.

In The Name Of Your King!

This card is a really good answer to decks that are pressing hard to get off a good military challenge. It can prevent an aggressive Ice from triggering, a Seastone Chair from ruining your day, or a Gregor from blowing up your board. However, its drawback of not counter-attacking with a military challenge does hinder you somewhat, but is well worth the price. It really helps the Baratheon player grind by not losing a character and assists in winning dominance.

This card was very welcomed. Card draw on a character with a power icon, what’s not to like? The fact that he’s loyal really makes this card shine.

Has anyone ever played with or against this card? I understand not all cards deserve to be strong or good, but this card has to be one of the worst plots printed. It’s a good thing this card is limit one per deck for those actually playing the card.

Gendry is an extremely fair card. He provides a very powerful benefit, but his drawback is severe. No Baratheon player includes Gendry with plans to lose dominance, but sometimes you run up against a wall of guys on your opponent’s board and you have to pay the Gendry toll. Gendry helped fuel the Baratheon deck that sought to win the game via power challenges, renown, and winning dominance. Unfortunately for Baratheon, it could no longer sit back and try to win a game in that fashion because of punishing cards like Ser Gregor Clegane, Put to the Sword, and Ice. As such, Gendry has not been as meta defining as he could have been.

This is a fine card. It has the feel of a “win-more” card, but I have played with it. Unfortunately, the two gold could probably be better spent on characters with power icons to keep your Red Keep online.

When compared to other loyal locations, this card seems too weak. I might be more inclined to play it if I did not have to sacrifice it upon losing a power challenge, but there are better cards to fill out a deck. However, there is something to be said about this card improving setups, but that benefit is too negligible.

This card combined with all of your kneel (Filthy Accusations, Melisandre, Even-Handed Justice) can be downright oppressive. Additionally, it serves as a form of insurance if your opponent has any form of stand in their deck. However, if your opponent has stand in the form of Robb Stark or Illyrio, then you are probably going to have a bad time until you draw an answer.

Ser Barristan is such a strong card. Stand a strong character with renown to save a guy? What a deal! Unfortunately for Barristan’s popularity, we are playing in a Lannister heavy meta. This means Treachery will be out lurking. The last thing you want to do is get cute by giving up one of your best characters for claim in order to trigger Ser Barristan and have your opponent play Treachery causing you to lose your vital character. However, Ser Barristan really shines when your opponent is stymied from playing his removal on your characters because he will face a standing strength six character who will likely put Ser Barristan’s owner in a position to win dominance.

I do not value this card too highly as it really doesn’t fit what Baratheon kneel decks are trying to do, but this card does have a promising future. The more support the Army keyword receives will provide incentives to play City Watch. Right now, it’s a big time “win-more” card and doesn’t really have a home in a competitive deck.

Wolves of the North

This card seems great in theory, but I have not seen it used in any decks. Deck space for cards you cannot set up is extremely limited, and this card is more likely to not make the cut. A heavy intrigue deck could take real advantage of this card. Mixed with Lannister and Cersei, you could do some real damage. However, that seems too loose, but it could be worth the effort to test it out.

Kneeling one of your weakest characters to kneel down their strongest character is an extremely powerful ability. Opponents do not have many outs to this card, aside from Baratheon’s great enemies Illyrio, Robb, and Jon Snow. Even then, if you are able to play around those cards, the surgical strike Even Handed Justice provides could put you over the top if you’re able to get off a giant challenge with Robert Baratheon or steal more power.   I’m somewhat surprised this card is not used more often in a Lannister deck that can take advantage of gold produced during the challenge phase via Tyrion. This card is extremely strong, and could greatly impact the meta in the foreseeable future.

Neutral Cards That Made an Impact

Arguably, some of the best cards Baratheon received were the neutral cards released throughout the Westeros cycle. Support of the People became a staple in Baratheon decks because it helped pull The Red Keep, The Iron Throne, and Chamber of Painted Table. Also, Close Call aided Baratheon players who couldn’t prevent Melisandre, Stannis, or Robert from meeting an early death.

The cards Stark and Lannister received in the Westeros cycle and the Wolves of the North box set really put them in a class above Baratheon. Lannister received cards like The Hound and Ser Gregor Clegane while Baratheon didn’t receive anything remotely comparable. Similary, Stark was solidified with Winterfell and Jon Snow helped Stark’s stand mechanic, which really impacts how Baratheon is trying to win. As the World’s Foremost Baratheon Expert, I believe the house is weak in comparison to the field, but there may be opportunities for the Baratheons to thrive in the near future.

Thanks for reading. Feel free to send me a message at [email protected] if you want to discuss this article or anything related to the A Game of Thrones Living Card Game.

Gaijin Customs and When to Use Them (By Schrodes) 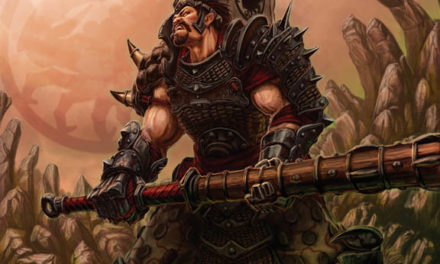 Should Crab Bother Trying to Win on Defense? 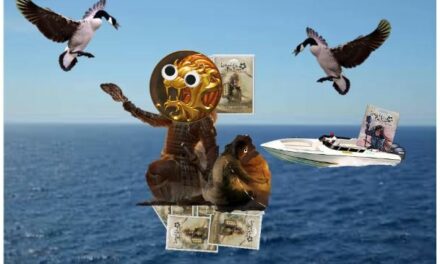 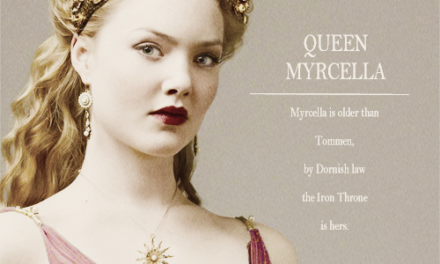